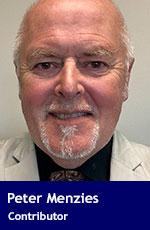 It’s been almost two years now since I had a social life of any kind. You remember social life, don’t you?

Having friends over for dinner, going to a crowded restaurant on Friday after work and feeling the buzz of interaction, picking your way through the mob at the farmer’s market, having a couple over on Saturday night for good conversation and sharing, waving to someone across the pub, popping over to the neighbours on Boxing Day or New Year’s Eve, going for coffee … all those sorts of things? Like belonging? Touching people? To the extent they still linger in our consciousness, it is mostly as a memory.

The crowd I used to count on to gather over chicken wings and refreshments to watch the Riders play away games doesn’t gather anymore. My friend who was central to that sort of shared enthusiasm – when high fives and even (ye gods!) hugs were freely exchanged without fear or favour – was just learning a year ago that he had contracted COVID-19 and was apologizing to the rest of us for causing so much trouble. Like a couple of other friends I used to have, he is dead now. He was the same age as me. And so, not wanting to die too, I retreated. Not intentionally or even consciously, but I did. Shared enthusiasm was reduced to trash-talking Oilers fans on Twitter.

Outside of family occasions, life has consisted of masked Pickleball with vaccinated people a couple of times a week, singleton golf (which is actually very lonely) and two pints (never more, never less) of Blackbridge Breweries pale ale after work on Fridays when for the most part I found myself relieved to be socially distanced and wondering why I’d bothered other than to keep up the pretense of living and keep the joint going. And camping. I took up camping.

I enthusiastically got my first and second vaccines when the world shut down for the second time (the first, as I recall, was “just a couple of weeks to flatten the curve and, don’t be silly, masks aren’t required) and I was again alone in an empty, hollow workplace. Depression, a lifelong adversary, lunged from the shadows, so I grasped desperately onto every word last spring when they said “just a few more weeks” until we got to that 70 per cent (or was it 75 per cent?) mark that would make life like it was two years ago. Just as ritually but somewhat less enthusiastically, I will go for my booster/third dose this week.

I still don’t want to die. But a couple of weeks ago I decided to saw through the bars of my COVID prison.

Since I moved to England from Calgary as a lad, the beautiful game – the football known to heathens as soccer – has been my obsession. I remember the first game I saw live as if it were yesterday. I was swept off my feet. And I was rarely happier than when I was young and playing the game.

Like all relationships, it’s had its rough moments. The English kids in my neighbourhood thought it was odd for a Canadian to play football and I got a lot of “oy Yank,” which I hated. The American and Brazilian kids who were my teammates (I went to the American School in London) were more receptive, but for the broader school culture we were a bit of a novelty. When I came back to Canada, people kept telling me “only immigrants” liked soccer. Many still – and I find it a very strange instinct – like to go out of their way to let me know the game the world adores is boring. I always thought that was sort of like a guy telling you your girl was ugly when the whole world knew she was from Ipanema. But there ya go.

I followed Canada when they rose to the World Cup in 1986, were ranked in the global top 40 after earning ties against teams like Brazil in the mid-90s and won the Gold Cup (continental championship) in 2000. And then I was there for the fall when they plummeted to below the top 100, no one seemed to want to play for them, and they couldn’t qualify for diddly. But I was still there, and so were a bunch of other geeks called the Voyageurs who refused to break the faith no matter how remorselessly we were mocked for it.

What life looks like outside COVID-19 hysteria by Fergus Hodgson

This year, through a combination of forces, Canada rose from that grave. And there before me was the chance to do what I had dreamed of; to gather in communion with other devotees of the game and our country.

We were to play World Cup Qualifying matches in Edmonton against Costa Rica and immortal nemesis Mexico whom Canada had not defeated in WCQ since 1976. If this were to be the moment when it happened again ….

It wasn’t fear that I’d be flying with masked people, or that I’d be jammed on rapid transit with goodness knows how many anti-vaxxers, or that I’d be in a stadium with close to 50,000 fans in a section with people singing and chanting (moistly). This was a moment I had been waiting for all my life. I was afraid the COVID-induced fear of dying had stripped me of the courage to live.

I plunged in. Tickets were purchased. Flights, hotel and rental car were booked.

The flights were on time, and the games unfolded as if in a dream. My voice was hoarse for days from bellowing out “Ooh-ah, CA-NA-DA (sing it) Ooh-ah Canada” and screaming at the top of my lungs each time we scored and after beating Costa Rica 1-0, oh yes, we put the Mexicans to the sword, 2-1. For the first time in 45 years. Pure elation. My feet still haven’t touched the ground.

It was wonderful, again, to feel alive.

Peter Menzies is past CRTC vice chair of Telecom, one-time publisher of the Calgary Herald, and a National Newspaper Award-winning journalist. He also advises tech companies.