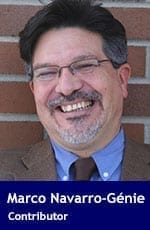 The heartbreaking death of Nathanael Spitzer, the cancer-stricken boy from Ponoka, exposed a most callous streak in Alberta’s medical bureaucracy. There’s no forgiving how Alberta Health Services appallingly used a child’s death to promote yet more COVID-19 fear.

However, one should dismiss the promise from Alberta’s chief medical officer of health, Deena Hinshaw, to process deaths of minors scrupulously before reporting in future. It’s empty because the percentage of COVID-19 deaths among children is almost zero in Alberta and all other reporting remains the same.

Her apology raises the question of trust in public authority: Do Albertans trust health bureaucrats and their elected bosses?

The question of trust is essential. Trust is a crucial link between rulers and the ruled. When the population has no trust in public officials, such officials govern without support. Without trust, rulers rule by imposition, merely enforcing and punishing, and when support is lacking, harsher enforcement becomes necessary for compliance.

As governments coerce more, their authority is further undermined. Coercion signals an absence of authority. The harsher use of coercive power is what happens when consent and trust are low.

Trust was an early casualty when governments in Canada reacted to the COVID-19 threat by immediately copying China in imposing draconian lockdowns, but without protecting the most vulnerable. The harsh confinement rules are condescendingly undemocratic: they showed from the start that governments don’t trust their citizens to do what’s right without oppressing them with fears and power.

People will respect rulers because they trust the sources of their authority: the Constitution and laws, knowledge and competence, and sound decision-making. Since March 2020, these three authority sources have been battered in the handling of the COVID-19 threat. The federal government and the provinces seem unaware of how they have consistently undermined their own authority.

Our Constitution and laws have been repeatedly bruised with an unchecked and unwarranted expansion of government powers, including:

One expects the government to know how to competently govern in emergencies.

Despite the early panic, Canadians hoped their governments would be competent in rolling out pandemic action plans, clearly executing objectives and creating exit strategies for the crisis. Instead, the policy itself became a crisis, with governments quickly dismissing existing emergency plans and hatching new ones in panic and on the fly.

They had no (and still do not have, 19 months later) reasonable objectives or an exit strategy. Reaching herd immunity all hinged on vaccines. Sadly, the vaccines’ immunity doesn’t last and can’t lead to herd immunity. So governments choose to force vaccination and marginalize those who refuse it instead of tackling the growing gap in trust.

The key to good government, when all else is in place, is good judgment. But good judgment has been absent almost uniformly across the country (for a brief time, it seemed Alberta might be the exception). There has been poor judgment in the choices and ad-hock policy response to the virus.

Let’s grant that things change quickly during crises, but the crass imposition of tenuous things, although presented as absolute science time and time again, can never inspire confidence. On the contrary, flip-flopping increases confusion among most and defiance among many. There has been even poorer judgment in the divisive blaming, the thoughtless name-calling and the lies, primarily against those who dare to question or protest the haphazard decisions.

Always playing to the crowd, Alberta Premier Jason Kenney says he can’t understand why some persist in their belief about Ivermectin’s validity or why they won’t vaccinate. But that crowd is volatile. While the fears in which governments are foraging for support will eventually cease, the divisive abuses heaped on the vaccine-recalcitrant will continue to erode public trust – and the trust lost about competence and judgment won’t likely be regained.

Leaders are failing Albertans again. The torqued blaming and punishing of the unvaccinated and the naked attempt to manipulate the tragic death of Nathanael Spitzer are bold demonstrations of power still eroding trust.

Marco Navarro-Génie is president of the Haultain Research Institute and senior fellow with the Frontier Centre for Public Policy. With Barry Cooper, he is co-author of COVID-19: The Politics of a Pandemic Moral Panic (2020).