Mario Toneguzzi’s guest on Business Insider: Manjit Minhas, well-known Canadian entrepreneur on the Dragons’ Den and founder of Minhas Breweries, Distilleries and Wineries in Calgary, discusses a survey released by the Canadian Payroll Association on essential benefits for employees. 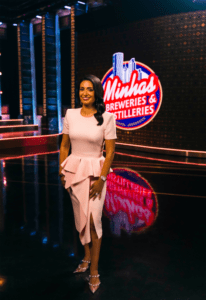 The Canadian Payroll Association released the findings from the Essential Benefits Survey, which revealed that while employers have frequently turned to ‘perks’ such as free lunches, casual dress, gym memberships to try to connect with the next generation, the foremost concern for Generation Z and Millennial employees is the same as previous generations: accurate and timely pay.

According to the survey, nearly four out of five respondents reported consistent and accurate pay to be an essential benefit of employment that they would not work without.

Other key findings include:

–  25 per cent of Millennial respondents feel that work perks have decreased in importance since the start of the pandemic.

–  87 per cent per cent of survey respondents saying if their pay were withdrawn, changed, disrupted or compromised, they would trust their employer less or feel less valued by them, whereas only 36 per cent would feel this way if other work perks were withdrawn.

–  74 per cent of Millennials reported that they would consider moving on from their employer if consistent and accurate pay were not prioritized.