The full ranking can be found here. 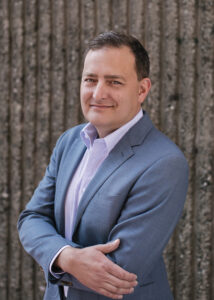 Resonance is a leading advisor in tourism, real estate and economic development, and its Best Cities rankings quantify and benchmark the relative quality of place, reputation and competitive identity for the world’s principal cities with metropolitan populations of one million or more.

They are lauded as the world’s most thorough city ranking, based on original methodology that analyzes key statistics as well as user-generated reviews and online activity in channels such as Google, Facebook and Instagram.

“The World’s Best Cities rankings benchmark the overall performance of more than 250 cities around the world based on a wide variety of measures in order to identify the top 100 places to live, visit and invest,” says Resonance President & CEO Chris Fair.

The overall Best Cities rankings are determined by analyzing the performance of each city for a wide range of factors that have historically shown positive correlations with attracting employment, investment and/or visitors to cities. These range from the number of quality culinary experiences and museums, to the number of Global 500 corporations, to the number of direct flight connections and mentions each city has on Instagram.

The full ranking of the top 100 cities is available at BestCities.org/Reports/2021-Worlds-Best-Cities/

And why does a ranking of the world’s cities matter now?

“The data collected for this year’s rankings provides a snapshot of the performance of these cities one year into the pandemic and are an early indicator of how they have each been affected by COVID-19,” says Resonance President & CEO Chris Fair. “While no city has been spared from the effects of the pandemic over the past year, they have fared differently. This new World’s Best Cities ranking provides a snapshot of which cities are best positioned to recover, and even thrive, in the years ahead.”

About BestCities.org
Best Cities is the home of Resonance’s exclusive ranking of the world’s top urban destinations. The data is used by news outlets ranging from National Geographic to Lonely Planet, and Bloomberg calls it “The most comprehensive study of its kind; it identifies cities that are most desirable for locals, visitors, and businesspeople alike, rather than simply looking at livability or
tourism appeal.” BestCities.org | #BestCities