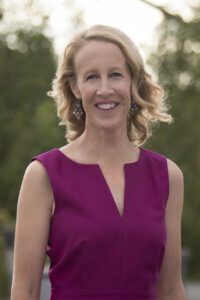 Kate Thompson, CMLC’s President and CEO, sees big benefits on the way for the city. “Today’s ground-breaking is the first highly visible step in a process that’s actually been underway since 2019,” says Kate. “We look forward to project-managing this work over the next two years to give Calgarians an improved LRT station as well as a practical connection between neighbouring Rivers District communities.”

When the project is complete, Calgarians will have a much more accessible and modernized LRT station at Victoria Park/Stampede. Between now and October, crews will be removing all the staircases to the LRT station—along Macleod Trail and from Stampede Park—and in their place, adding new, accessible street-level pedestrian crossings at Macleod Trail to the station and street-level access across the LRT tracks into Stampede Park.

“This infrastructure project is well aligned with Calgary Transit’s ongoing work to improve accessibility across our system,” says Chris Jordan, Calgary Transit’s Service Design Manager. “The changes happening at the Victoria Park/Stampede LRT station will benefit all transit customers in the area. When it’s complete, customers will benefit from a shorter approach to the platforms which may reduce commute times.”

One of the first stages in the project will be the construction of a new, temporary LRT station and platform. This temporary platform will ensure customers have continued access to transit services during construction—an important consideration in CMLC’s planning and delivery of the project. 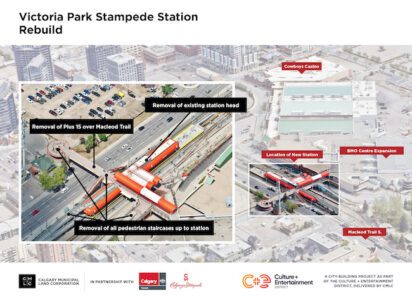 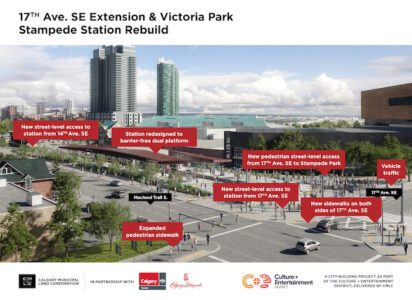 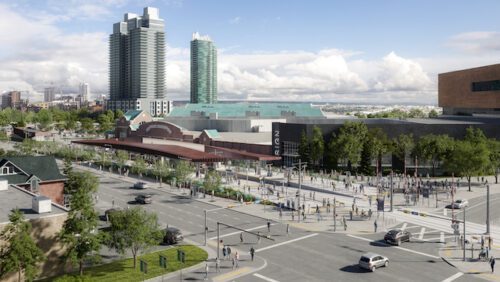 In tandem with the station work, CMLC is also managing the extension of 17th Avenue east across the LRT tracks into Stampede Park. This new connection will serve as a key pedestrian and vehicle corridor linking new and existing mixed-use development on either side of Macleod Trail.

“The extension of 17th Avenue is long-needed linkage in the area that will help Calgarians be better connected to this historic and iconic part of the city,” says Jim Laurendeau, Vice President of Park Planning and Development with Calgary Stampede. “This project kick-off, coming on the heels of this year’s Stampede, means attendees will soon have another option for accessing the park. Not only that, it opens up Stampede Park to the west, providing better access for our neighbours in the Beltline and beyond.”

The new LRT station is scheduled for completion in 2023 while the 17th Avenue extension will be completed in coordination with the BMO Centre expansion, both of which will wrap up in 2024.

“With its multitude of moving parts, this infrastructure project is a huge undertaking that CMLC is proud to be involved in,” adds Kate. “We are coordinating with our partners at Calgary Transit and Calgary Stampede to minimize disruptions while we complete these improvements. When the dust settles, we’ll be a big step closer to realizing our vision for transforming east Victoria Park into Calgary’s thriving Culture + Entertainment District.”

Calgarians can expect periodic lane closures of northbound Macleod Trail during construction. A revision to the signal times at 17th Avenue at Macleod Trail will minimize impacts while all roads and LRT stations will remain open throughout. CMLC and City of Calgary websites will provide regular traffic updates and project information as the work advances.