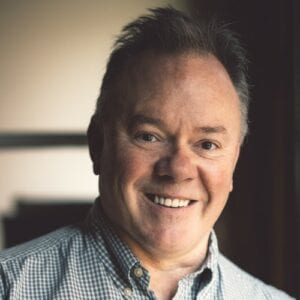 This marks the fourth time in a row that money has been cited as the biggest cause of stress for Canadians, dating back to the first Financial Stress Index conducted in 2014. The 2021 survey reveals that financial stress has not only caused more than half (51%) of respondents to lose sleep, but one-in-three (31%) say it has also led to health issues—a significant increase from the 18% who reported money-related health problems last year. Nearly half (45%) say the COVID-19 pandemic has directly impacted their financial stress level.

“We are living through the biggest health crisis of our lifetime and yet it’s money that’s stressing people out more than anything else,” says Gillian Lee, CFP®, Partner and Managing Director, Crowe MacKay LLP. “People losing sleep and facing health issues because of their finances is a real concern and should not be ignored. When we can’t make ends meet or we’re worried about where our next paycheque is coming from, it’s no wonder money becomes our No. 1 source of stress. Putting a financial plan in place can help people take control and stop feeling overwhelmed by their personal finances.”

Financial planning can stave off stress

This year’s Financial Stress Index findings clearly show the impact that financial planning can have on alleviating financial stress. Those who work with a professional financial planner say they feel much more positive about their economic wellbeing. Of particular note:

–  Looking ahead, nearly three-quarters of Canadians who work with a financial planner (73%) say they feel more hopeful about their money situation and financial future than they did a year ago, compared with those who don’t (56%).

“Financial planning is not just an exercise in household budgeting – it’s a comprehensive look at your entire life, from family goals to career progressions all the way into and throughout retirement,” says Stacy Whytewood, CFP, Division Director, IG Wealth Management. “A sound financial plan takes a holistic approach to your life goals and is reviewed regularly so that changes can be incorporated along the way. It’s evident from the 2021 Financial Stress Index that when working with a professional financial planner, people are less intimidated by money matters because they have a clear blueprint for how they manage their finances. As a result, the dollars and cents are less stressful.”

Seventy-seven per cent of Canadians identified one or more financial causes of stress—the top two areas of concern are saving enough for retirement (35%) and bill payments and expenses (35%). Canadians who work with a financial planner professional, however, were significantly less likely to say that financial stress has led to health issues (20%) than those who do not use a planner (31%).

The 2021 Financial Stress Index found personal health is the No. 2 cause of life stress for Canadians. British Columbia is the only region in Canada where personal health, and not money, was the No. 1 cause of stress.

The survey reveals a direct correlation between money and physical health in terms of how financial stress is impacting other areas of people’s lives—health is No.1 at 31%, up a significant 13% from last year. Canadians also say money has led to marriage/relationship problems and family disputes (15% each), distraction at work (14%) and substance abuse or mental health challenges (7%).

“These findings are illuminating how important it is for Canadians to keep their fiscal houses in order,” says Peter Ficek, CFP, Terra Firma Financial. “It’s clear that when money isn’t being managed properly, it can impact every other aspect of our lives – especially our health. “Now more than ever, people need to safeguard their physical and mental well-being and take the necessary steps to ensure money is not the source of health problems.”

–  Canadians under 35 (36%) are twice as likely as Canadians 35+ (18%) to say that building a financial plan would help them reduce their financial stress.