September saw the number of international arrivals to Canada increase from the same month last year, but remain well below the pre-pandemic levels of September 2019, according to a new report released Tuesday by Statistics Canada.

The federal agency said there were over 11 times as many non-resident travellers arriving from abroad in Canadian airports equipped with electronic kiosks during September 2021 compared with September 2020.

Meanwhile, the number of Canadian residents returning from abroad via the same airports was roughly six-and-a-half times greater than September 2020. 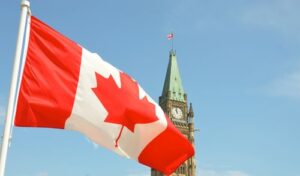 “Likewise, there were over 50,000 more Canadians who returned from the United States (202,400) through the same land ports this September than in September 2020.”

In September, US residents took 328,200 trips to Canada in US-licensed automobiles through 111 land ports equipped with the automated Integrated Primary Inspection Line (IPIL) application. While over five times higher than the 64,700 trips taken in September 2020, it was less than one-third (29.8 per cent) of the 1.1 million US arrivals by car during the same month in 2019, explained StatsCan.