Canadian residential MLS sales accelerated in September with activity rising by 0.9 per cent in September from August, marking the first month-over-month increase since March, according to data released Friday by the Canadian Real Estate Association.

However, sales compared to a year ago were down 17.5 per cent but September 2020 was a record month. Still, this September was the second highest September sales figure by a sizeable margin, said the national organization.

“September provided another month’s worth of evidence from all across Canada that housing market conditions are stabilizing near current levels,” said Cliff Stevenson, Chair of CREA. “In some ways that comes as a relief given the volatility of the last year-and-a-half, but the issue is that demand/supply conditions are stabilizing in a place that very few people are happy about. There is still a lot of demand chasing an increasingly scarce number of listings, so this market remains very challenging.” 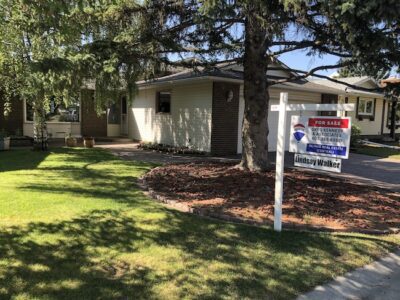 “The small changes observed in most key housing market metrics over the last couple of months suggest that the worst of the pandemic-related volatility we’ve experienced since last spring is in the rear-view mirror at this point,” said Shaun Cathcart, CREA’s Senior Economist. “Having said that, given we are still stuck at around two months of inventory nationally, the thing to keep a close eye on going forward will be the behaviour of prices. While the acceleration in home prices we saw in September was more than most would have expected, the fact that prices are now moving back in that direction is not surprising.”

In line with tighter market conditions, the Aggregate Composite MLS Home Price Index (MLS HPI) accelerated to 1.7 per cent on a month-over-month basis in September. The non-seasonally adjusted Aggregate Composite MLS HPI was up 21.5 per cent on a year-over-year basis in September, up a bit from the 21.3 per cent year-over-year gain recorded in August, said CREA.

The actual (not seasonally adjusted) national average home price was $686,650 in September, up 13.9 per cent from the same month last year.

“One can’t help but feel as though the Canadian housing market is walking on tinder again, with demand holding at historically high levels, listings getting quickly absorbed, and price growth running steady near a 20 per cent pace. That said, five-year fixed mortgage rates likely face meaningful upside in the months ahead, which could act as a dampener. If not, or if there is a heavy rotation to variable and the market starts to accelerate again from here, talk of earlier Bank of Canada moves will only grow louder,” said Robert Kavcic, Senior Economist with BMO Economics.

Rishi Sondhi, Economist with TD Economics, said the correction in sales from the unsustainable levels achieved earlier in the year is likely over, and September should mark the beginning of a modest positive trend in sales activity.

“The key word here is modest, as interest rates are likely to grind higher moving forward, playing off against improving job markets, a rising population, and the decision by some households to plow excess savings into down payments. Federal housing policies could provide some lift as well, although only a small impact is expected (see report),” he said.