The pace of immigration picked up significantly in the first two months of 2021, suggesting Canada is on track to exceed RBC Economics’ February forecast for 275,000 new permanent residents this year, says a new report.

The report by RBC Economics said Canada admitted around 48,000 new permanent residents in January and February, signaling that policy changes put in place in late 2020 to boost pandemic-era immigration are gaining traction.

It said the federal government’s recent announcement that it will invite 90,000 temporary foreign workers and international students already in Canada to apply for permanent residency only adds to RBC’s confidence that Canada will exceed its February forecast.

“However, the jury is still out over whether the recent measures will enable Canada to meet its ambitious target of 401,000 new permanent residents this year,” it said. 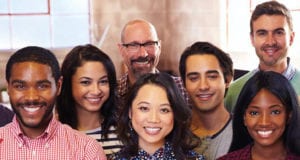 “Changes in federal policy are behind the rebound. There are signs the significant immigration-processing delays seen during 2020 have eased somewhat. However, a more likely explanation for the early-2021 rebound is the federal government’s decision to boost the number of applicants it’s accepting under its Express Entry program for skilled workers. The government began inviting more skilled workers in the Express Entry pool to apply late last year after it unveiled plans to accept up to 1.2 million immigrants in the 2021-2023 period.”

RBC said Canada’s invitation to 90,000 temporary residents could be a game-changer—but it’s not clear how much.

“The government will make it easier for temporary foreign workers and international students already in the country to stay permanently. It’s prioritizing people with healthcare-related skills as well as those who can meet current high demand in essential-occupation categories like delivery drivers, construction workers and food harvesters,” it said.

“Some of these workers may have already planned to seek permanent residency under other immigration categories, so the net increase in new permanent workers resulting from this week’s announcement is hard to quantify. (Consider that about a third of the new permanent residents admitted in January and February held a temporary worker or student visa in the past.) That’s not to say the government’s move won’t have a positive impact on the current immigration shortfall.