The purpose of a press release is to entice the media to do a story on the content provided.

If you Google press releases, or news releases, you will find numerous examples and tips on how to do them right.

But there is one key thing that can sink a press release, sending it to the trash bin, and it’s usually not something that is mentioned in those common mistakes lists.

It concerns availability of people quoted and mentioned in releases.

If you are a communications company, public relations agency or business looking for media coverage through a release, let me tell you, as a journalist of four decades, that a quick way to piss off media is to tell them, when they reach out wanting to do a story, that the person, quoted in the release, is not available.

Why would anyone issue a press release and then not make the appropriate person available for an interview that day? It just simply does not make sense.

But as a journalist I increasingly see this happening. And as a journalist it is a pet peeve, annoying, frustrating and can undermine the trusted relationship between the media and companies. 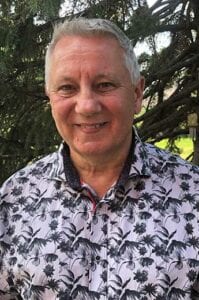 Let’s backtrack for a second. I use the words press release rather than news release for a reason. Most releases aren’t really news at all – at least to the media industry. They are attempts to get what’s called earned media – free coverage from a media outlet on something happening with a company. That really is the purpose of most press releases.

And while many of them don’t satisfy the hunger of the media for ‘news’ they can provide good content potential.

So if the aim of a press release is to entice media to do a story would you not bend over backwards to help the media in any and every way to get that story done?

One of the side gigs I have is in media training. An old friend and I have been providing media training sessions to many executives and communications teams over the last few years. And this is something we always mention. Never, never, never put out a press release and then tell the media, when they come calling, that the person is not available.

It’s one gigantic no no. If you want to keep a strong, trusted and healthy relationship with a journalist, this would be a quick and sure way to damage that.

Of course, things do happen in life and sometimes the best laid plans do go astray. That is understandable.

But for heaven’s sake, for everyone involved in sending out a press release, please ensure people are available to talk when it becomes public. Yes, some companies do it deliberately because they don’t want their executives being interviewed by the media and just hope the media takes their comments verbatim from a press release. I find this normally happens with bigger companies.

And yes it is annoying to say the least for the media.

For everyone else, if your end goal is to get media coverage for press releases that are more promotional in nature I would strongly advise that you get your ducks in a row before sending out the release and you bend over backwards to accommodate the media.

(Connect with me if you would like to learn more about how I can help tell your story, share your message and amplify it through different digital platforms)