Canada’s transition to a low carbon economy will have a significant economic impact on the oil & gas sector and could displace between 312,000-450,000 workers over the next three decades, says a new report released Tuesday by TD Economics.

The report, Don’t Let History Repeat: Canada’s Energy Sector Transition and the Potential Impact on Workers, said these losses will not be evenly felt across the country. Alberta, Saskatchewan, and Newfoundland & Labrador account for nearly two-thirds of mining, oil, and gas employment – not surprising, considering that the three account for 97 per cent of all crude oil production and two-thirds of all natural gas production in the country.

“The structural decline in the fossil fuel industries evokes the memory of the manufacturing sector decline through the 1990s and early-2000s, where automation and a skill-biased technological shift permanently displaced middle-skilled, middle-income jobs,” said the report.

“The clean-energy transition will create many new job opportunities, but there is no guarantee or automatic market mechanism to ensure these benefits accrue to where the costs will be borne on the displacement.”

The report said the Canadian federal government’s recently updated climate strategy sets an important new target for greenhouse gas emissions reductions. By 2030, the plan is to reduce emissions by 32-40 per cent, with a goal to be completely emissions neutral in 2050. Both commitments are critical to avoid the worst outcomes of climate change. However, achieving this magnitude of emissions reduction will require significant action, explained the report.

“The elephant in the room for Canada is that any climate change policy must come to terms with the outsized impact from carbon-intensive industries in the energy sector, specifically oil & gas. The extraction and distribution of oil & gas accounts for more than one-quarter of all of Canada’s GHG emissions, making it a prime target for reduction efforts.

This will come in two forms,” it said.

“The first is reducing overall dependence on burning fossil fuels for energy. Oil & gas account for nearly two-thirds of Canada’s primary energy demand, so reducing the carbon footprint implies a fundamental shift towards electrification, renewable electricity and clean fuels. The second will be in reducing the emissions intensity of the sector through technological innovation. In net zero scenarios, fossil fuel demand does not disappear entirely, but its ongoing viability will be determined by the industry’s ability to sequester emissions in all its forms.” 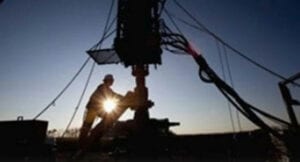 According to Natural Resources Canada, roughly 600,000 Canadians, located mostly in Alberta, Saskatchewan, and Newfoundland and Labrador are either directly or indirectly employed in the oil & gas sector, added the report.

“The belief is that many of those displaced will find a home in the clean energy sector, but we should not assume that the transition will absorb all displaced workers. The experience of both the U.S. and Canadian manufacturing sectors in the 1990s through to the early-2000s offers a cautionary tale. At that time, automation and skill-biased technological change led to a decline in manual, routine jobs across the economy. This lead to widespread displacement of middle-skilled, middle-income Workers,” said TD Economics.

“There was not a smooth transition into the modern economy, partly due to the formation of new jobs occurring in sectors and geographical locations that differed from the areas of those that were displaced. Relative to the U.S., Canada was spared some of the hollowing out of middle-income jobs and resulting inequality due to the presence of energy sector jobs. However, this is now about to change.

“It is critical that we do not repeat the mistakes of the past and ensure a just transition for energy sector workers.”