Mortgage borrowing in Canada reached record highs in 2020, with households adding nearly $108 billion in mortgage debt, compared with less than two-thirds of that amount in 2019 and just under $46 billion in 2018, says Statistics Canada in a report released on Wednesday.

“Despite the economic upheaval caused by the pandemic, expected credit losses on mortgage loans remained slight, accounting for 0.1 per cent of mortgage debt as a share of total household mortgage debt in the third quarter,” said the report.

“The amount of new mortgage lending by chartered banks reached record levels in 2020, driven in part by historically low borrowing costs and resilient demand for housing. This lending, which represents the origination of new mortgages for the purchase of properties and the refinancing and renewals of existing mortgages, surpassed $42 billion on a seasonally adjusted basis for the first time ever in March. 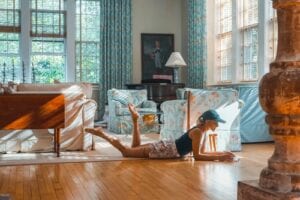 “As interest rates fell to historic lows in March, mortgage renewals rose sharply, pushing the total value of mortgage renewals up 13.3% on a seasonally adjusted quarterly basis. As many financial institutions allow borrowers to renew several months before their end of term, renewals may have been spurred not only by those with terms ending in the quarter, but also by those with terms expiring in the future who may have taken advantage of early renewal options.”

StatsCan said mortgage lending data from chartered banks show that Canadians were most likely to choose five-year fixed-rate mortgages during the pandemic, with this loan type accounting for almost half (49 per cent) of the total outstanding balance of existing mortgages by late 2020, up 7.0 percentage points from early 2019.