Sales in the wholesale trade sector in Canada rose 0.3 per cent in August to $70.3 billion, the first increase following two months of declines, according to a report released by Statistics Canada on Friday.

“The modest overall increase in the sector was the result of noticeable movements among the seven subsectors. Combined, sales of food, beverage and tobacco, building materials and supplies, and miscellaneous products rose 2.9 per cent, while sales in the other four subsectors combined fell 2.1 per cent. Roughly one-half of wholesale sales fall into each of these two groupings,” said the federal agency.

“Sales of food, beverage and tobacco products rose 3.8 per cent in August to $13.1 billion, eclipsing March 2020 sales for the first time. The food, beverage and tobacco subsector tends to be the most stable of the wholesale sector. At the beginning of the COVID-19 pandemic, monthly sales in this subsector initially fell 10 per cent, then rose quickly and stabilized at a level roughly five per cent to six per cent below pre-pandemic levels. This was largely the result of Canadians increasing food purchases at grocery stores, and lowering them at restaurants. As pandemic restrictions eased and more restaurants reopened with greater capacity, food sales have risen in four of the past six months, and surpassed pre-pandemic levels in August.” 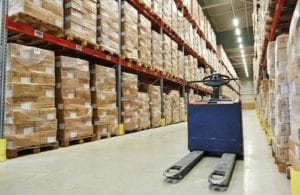 Year over year sales rose by 7.3 per cent.

In Alberta, wholesale sales of $7.2 billion in August were up 0.1 per cent from the previous month and increased by 12.8 per cent from a year ago.

StatsCan said the value of wholesale inventories increased for a fourth consecutive month, rising 1.7 per cent in August to the highest level on record at $97.3 billion. Higher inventories were reported in six of seven subsectors, representing 89 per cent of total inventories.

Statistics Canada said preliminary estimates indicate the operating revenue of Canadian wholesalers decreased 4.9 per cent in 2020 to $1.1 trillion. The cost of goods sold was down 6.6 per cent to $909.1 billion. Since the cost of goods sold declined faster than the operating revenue, gross margins for wholesalers increased from 16.5 per cent in 2019 to 18.0 per cent to 2020, added the federal agency.