Following a 3.6 per cent increase in June, manufacturing sales in Canada fell 1.5 per cent in July to $59.6 billion, according to a report released Tuesday by Statistics Canada.

Sales on an annual basis, however, have risen by 12.2 per cent.

In Alberta, while manufacturing sales dipped by 1.7 per cent in July to $7.1 billion, they were still up 39.6 per cent year-over-year.

According to ATB Economics, in its The Owl, daily economic update, while still much higher than the year before, the seasonally adjusted value of manufacturing sales in Alberta contracted by 1.9 per cent ($136.9 million) in June and by 1.7 per cent ($123.5 million) in July.

“Sales of petroleum and coal products fell 2.3 per cent to $5.8 billion in July on lower sales at refineries in Eastern Canada. Sales on a constant dollar basis decreased 5.1 per cent in July, while prices for refined petroleum energy products rose 2.9 per cent. Nevertheless, sales were up 63.7 per cent year over year,” said StatsCan. 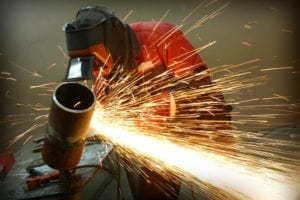 “The inventory-to-sales ratio increased from 1.51 in June to 1.58 in July. The ratio measures the time, in months, that would be required to exhaust inventories if sales were to remain at their current level.”

“Just as auto sales are starting to show signs of life, other industries are taking a bite out of growth. July’s release adds to the list of recent indicators pointing to a soft patch in Canada’s economy early on in the summer, and adds credence to Statistics Canada’s expectations for a 0.4 per cent decline in real GDP in July,” he said.

“It could get worse before it gets better for the manufacturing sector. August’s Labour Force Survey data revealed declines in employment and hours worked, a negative signal for output in the industry during the month. But it’s not all gloom. PMI indicators suggest that sentiment in the industry is still solid in both in Canada and the United States. The outlook, however, remains clouded by supply chain disruptions. Should these constraints continue to gradually dissipate, a normalization in auto production (which remains far detached from pre-pandemic levels) could provide a decent lift to overall manufacturing output in the coming quarters.”