Canada’s merchandise trade surplus with the world narrowed from $1.2 billion in January to $1.0 billion in February. This was the first time since late 2016 that the trade balance was in a surplus position for two consecutive months, according to a new report released Wednesday by Statistics Canada.

The federal agency said Canada’s merchandise exports decreased by 2.7 per cent, while imports fell 2.4 per cent in February.

“After a surge of 8.2 per cent in January, total exports decreased by 2.7 per cent to $49.9 billion in February, a level 4.1 per cent higher than that set in February 2020. The largest declines were observed in the metal and non-metallic mineral products, motor vehicles and parts, and aircraft and other transportation equipment and parts product sections. Non-energy exports declined by 6.5 per cent,” it said.

“Exports of energy products partially offset the overall decrease, up 18.3 per cent to $9.5 billion, their highest level since December 2019. Exports of natural gas, which more than doubled in February, contributed the most to the growth. This increase was mainly attributable to higher prices, as extreme weather in the southern United States and power outages in Texas in February led to unusually high volatility in natural gas prices. Exports of natural gas are estimated in the current month, and large variations in prices can result in more significant revisions once this estimate is replaced with actual data in the following month. Exports of crude oil and crude bitumen (+6.8 per cent) also increased in February, mainly because of higher prices. This was the fifth consecutive monthly increase in exports of crude oil.” 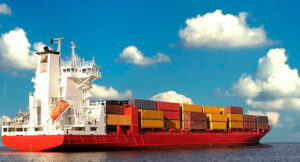 StatsCan said total imports decreased by 2.4 per cent in February to $48.8 billion, their lowest level since August 2020. Imports of motor vehicles and parts had the largest decline, followed by energy products.

Royce Mendes, an economist with CIBC Economics, said Canada’s trade balance was able to stick it out in positive territory for a second consecutive month in February, adding that energy exports reached their highest levels since December 2019 with help of higher prices.

Omar Abdelrahman, Economist with TD Economics, said the pull back in February’s exports was not surprising following January’s strong outturn and the unusually strong gains in the volatile aircraft category.

“Similarly, weakness was expected in auto production due to the global shortage in semiconductor chips. The auto sector is expected to continue to act as a headwind to exports in the near term. Still, looking beyond these transitory factors and monthly noise in the data, the overall outlook for Canadian trade, exports in particular, has brightened in 2021. Merchandise exports should remain supported by firm commodity prices/demand, the reopening of economies, and a strengthening economic outlook for Canada’s largest trading partner, the U.S. Recent strength in manufacturing sentiment in Canada and the U.S. data corroborates this narrative,” he said.