A report by BMO Economics is sounding a warning alarm about Canada’s hot housing market which it says needs a response from policymakers to “address the home price situation before the market is left exposed to more severe consequences down the road.”

The report, Canadian Housing Fire Needs a Response, which was released on Tuesday, said bubble talk is raging because of the strength of the national housing market.

“We believe the market has long been smoldering thanks to fundamentally-driven pressure from demographic and supply-side factors. Now, fuel has been poured on the fire in quantity. Record-low interest rates have lowered mortgage costs, and central bank guidance is cementing expectations that there is little to stop prices from moving higher,” said the report.

“At the same time, employment has rebounded swiftly in higher-paying industries, while fiscal policy is providing broad support to the economy. And, the blind-bidding process in extremely tight markets is adding another layer of upward momentum.

“We believe policymakers need to act immediately, in some form, to address the home price situation before the market is left exposed to more severe consequences down the road. As it stands now, prices are going parabolic across a number of markets, and the price strength appears to be feeding on itself.” 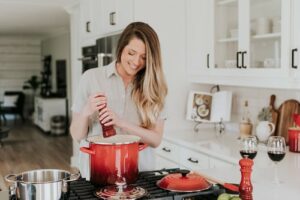 The report said development policy has created supply-side issues for a decade or more, and affordability for younger households is always a policy concern. But the acute issue today is market psychology, it said.

“The action needed today is one that immediately breaks market psychology and the belief that prices will only rise further. That would dampen the speculation and fear-of-missing out that those expectations are creating.”

The report said the Bank of Canada could hike rates, or at least back off from its commitment to hold policy rates at near-zero until 2023. It said interest rates are arguably the key driver behind the”meteoric surge” in home sales and prices.

“A move here would have an immediate, clear and notable impact to cool housing,” said BMO.