The federal agency said the reduction reflected a lower deficit in trade in goods and services and was moderated by a lower surplus for investment income.

“In the financial account (unadjusted for seasonal variation), inflows of funds from abroad to finance the current account deficit largely came from record foreign investment in Canadian debt securities,” it said.

“Borrowing needs from governments increased substantially in the second quarter to support Canadian enterprises and households affected by the COVID-19 pandemic, and foreign creditors contributed strongly to these financing activities.”

StatsCan said the combined trade in goods and services deficit declined by $5.3 billion to $7.9 billion in the second quarter. Both the goods and services deficits narrowed in the quarter. The trade in goods deficit was down by $1.0 billion to $7.7 billion. Goods exports decreased by an unprecedented $33.2 billion to $106.9 billion. The largest declines were in motor vehicles and parts, down $11.7 billion on lower volumes, and in energy products, down $10.6 billion as prices fell by about 41 per cent. 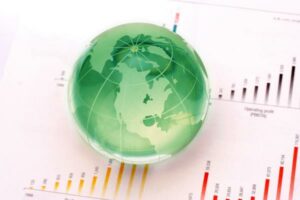 “Goods imports were down by a record $34.2 billion to $114.5 billion, with motor vehicles and parts accounting for half of this decline as a result of lower volumes. Imports of energy products were down $5.0 billion on lower prices and volumes.

“The decrease in both exports and imports occurred mainly during the first two months of the second quarter, with June showing some signs of recovery. Export and import activity recorded in the second quarter were equivalent to levels last seen in 2010 and 2011.”