Calgary region employment fell by 900 in March and the unemployment rate also fell to 10.0 per cent from 10.6 per cent in February, according to Statistics Canada.

The federal agency reported Friday that employment in the Calgary census metropolitan area was up by 7,900 year over year.

Canada saw 303,100 jobs created in March while employment was up 700,500 year over year. The national unemployment rate fell to 7.5 per cent from 8.2 per cent in February.

The unemployment rate was the lowest level since February 2020.

“The COVID-19 pandemic continues to impact the labour market. Compared with February 2020, there were 296,000 (-1.5 per cent) fewer people employed in March 2021, and 247,000 (+30.4 per cent) more people working less than half of their usual hours. The number of workers affected by the COVID-19 economic shutdown peaked at 5.5 million in April 2020, including a drop in employment of 3.0 million and an increase in COVID-related absences from work of 2.5 million,” said Statistics Canada. 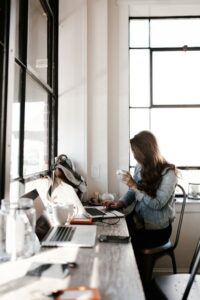 According to ATB Economics, the number of jobs in Alberta compared to February 2020 before the pandemic was declared was down by 33,900 (-1.6 per cent).

“Today’s numbers reflect labour market conditions during the week of March 14 to 20, after the province had moved to step 2 of its reopening plan. Alberta returned to step 1 on April 6,” said ATB in its daily economic update The Owl. “About a third of the new jobs in March were full-time positions. The number of full-time jobs was down by 53,900 (-3.0 per cent) compared to the pre-pandemic level in February 2020 while part-time positions were up by 20,000 (+5.6 per cent). 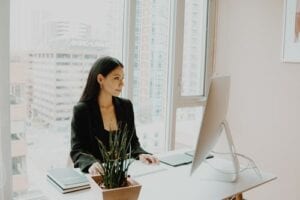 Royce Mendes, an economist with CIBC Economics, said Canada’s labour market continued to make noise in March with another boom in hiring.

“It also comes after seeing employment rise 260K in the prior month. The gains coincided with further reopenings across the country and took employment to within 1.5 per cent of its pre-COVID level. Indeed, much of the hiring over the past couple of months has occurred in the sectors hardest hit by shutdowns,” said Mendes.

“But now, with stricter public health orders again necessary to curb the virus’ spread in many parts of the country, there’s reason to believe at least some of this progress will be reversed in the near future.”

Sri Thanabalasingam, Senior Economist with TD Economics, said  the next couple of months could prove challenging for Canada’s labour market.

“Indeed, the third wave of the pandemic is accelerating with caseloads nearing the heights witnessed during the second wave. Provinces are reacting by tightening restrictions that were eased only a couple of months ago. Once again, the struggling high-touch services sectors will bear the brunt of the impact. Retail, accommodation and food, and personal care services have been heavily targeted in renewed measures, implying a widening of the K-shaped employment recovery,” said Thanabalasingam.

“Unlike GDP, which has continued to improve despite changes in public health measures, employment is at its whims. As restrictions tighten, it’s very likely that the employment recovery will see a setback in April.”

Douglas Porter, Chief Economist with BMO Economics, said there’s not much subtlety in Friday’s blow-out figure, with almost all regions and sectors benefiting from the snapback.

“While the strong results arrived with the big asterisk that April will see a setback, this is still very good news indeed. Simply, the strong performance is very clear evidence that the economy and jobs can recover rapidly (if and) when things more fully re-open. This has important implications for both fiscal and monetary policy,” he said.