While Alberta gained jobs in January for the first time since October, the Calgary census metropolitan area saw its employment level fall, according to new data released Friday by Statistics Canada.

The federal agency said employment fell in the Calgary region by 8,000 positions on a monthly basis and was down 6,600 positions from a year ago. Calgary’s unemployment rate also rose from 10.5 per cent in December to 10.6 per cent in January.

Stats Can said Alberta’s employment rose by 20,800, all in part-time work. “There were more people working in construction, while employment held steady in natural resources and fell in accommodation and food services,” it said.

On a year-over-year basis, employment in Alberta is down 79,600. The province’s unemployment rate dropped from 11.1 per cent to 10.7 per cent.

According to ATB Economics, with new public health measures in place in Alberta as of December 13 requiring all restaurants, pubs, bars, lounges and cafes to shut down in-person service, accommodation and food services sector employment fell by 17.3 per cent (17,900) in January compared to December. 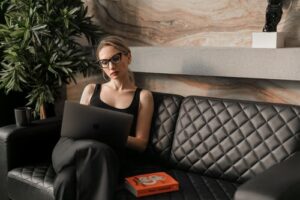 “Compared with February 2020, employment was down 858,000 in January and COVID-related absences from work were up 529,000. Among Canadians who worked at least half their usual hours, the number working from home increased by nearly 700,000 to 5.4 million in January, surpassing the previous high of 5.1 million in April,” said the federal agency.

“The unemployment rate rose 0.6 percentage points to 9.4 per cent, the highest rate since August 2020. The number of long-term unemployed (people who have been looking for work or who have been on temporary layoff for 27 weeks or more) remained at a record high (512,000).

The labour force participation rate—defined as the percentage of the population aged 15 and older who are employed or unemployed—fell 0.3 percentage points in January to 64.7 per cent, the lowest rate since August 2020.” 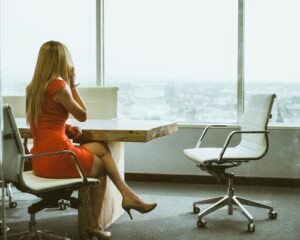 “Job losses were again heavily concentrated at the bottom end of the wage distribution.  Employment was down (a huge) 629k from a year ago among people previously making $500/week or less. A large proportion of those were in the accommodation & food sector, but layoffs have been broadly concentrated at the low end of the wage scale across industries. By contrast, employment among those making more than $1200 per week was up just over 500k from last year in January. A large share of people losing work from lower wage jobs is not good news, but both the expanded EI and CRB programs pay a minimum of $500/week. The former program has already paid out almost $15 billion since September, the latter almost $9 billion,” said Nathan Janzen, Senior Economist, RBC Economics.

“Slower virus spread has already prompted some gradual easing in containment measures, and that means that the second-wave job market pullback may already have ended in January. The extent that economic activity can fully recover is limited as long as the threat of the virus remains, particularly in ‘high-contact’ service-sector industries. But some gradual easing means that employment likely began to grow again as soon as February.”

“Up until this week, our mantra had been that the economy was dealing with the latest round of restrictions better than expected. This disappointing result, alongside an earlier report of a deep dive in auto sales last month, shows in vivid detail that activity can only deal with so many restrictions before sagging meaningfully. While the job losses are highly concentrated, they are unlikely to see any improvement until restrictions are relaxed,” said Douglas Porter, Chief Economist, BMO Economics.

“January’s employment report also saw restrictions finally catch up to the retail industry. After posting gains throughout much of the pandemic period, retail employment took a tumble as the largest provinces levied tougher measures to stem the spread of the virus. Ontario and Quebec accounted for almost all of the decline in retail employment last month. Looking ahead, the good news is that cases are trending down across the country, and provinces are contemplating gradually lifting restrictions. Alberta and Quebec will start loosening some measures this month, allowing for the recovery to get back on track. Still, the emergence of more contagious variants of the virus, and hiccups in the rollout of the vaccine, suggest that the road to full recovery remains a long one,” said Thanabalasingam.

“January’s labour force survey is a mixed bag. It contains some sobering numbers but also signs for cautious optimism. The decline in employment was almost entirely due to the closures in Ontario and Quebec, as other provinces labour markets fared well. Going forward, we expect the labour market’s performance will continue to be tied to public health measures, and that a full labour market recovery will have to wait until a vaccine is widely available,” said the Conference Board of Canada.