The unemployment rate in the Calgary region fell 0.7 percentage points in April to 9.3 per cent while employment rose by 200 and year over year it’s up 46,200, according to data released Friday by Statistics Canada.

The federal agency also reported that Alberta employment fell by 12,600 in April and the unemployment rate dropped 0.1 percentage points to 9.0 per cent. Employment in the province year over year was up 290,500.

“These numbers reflect labour market conditions during the week of April 11 to 17, just after the province reinstated a number of public health restrictions such as a ban on indoor dining at restaurants and indoor group fitness activities at gyms.


The provincial unemployment rate fell slightly from 9.1 per cent in March to 9.0 per cent in April. The improvement was due to a large number of Albertans (17,200) leaving the labour force and, in turn, not being counted as “unemployed” rather than a rise in the number of jobs,” it said.

“With the third wave of the virus still in play in May, the employment situation in Alberta is likely to get somewhat worse before it gets better.”

Nationally, employment fell by 207,000 in April and the unemployment rate rose 0.6 percentage points to 8.1 per cent.

“The number of Canadians working from home grew by 100,000 to 5.1 million. Total hours worked fell 2.7 per cent in April, driven by declines in educational services, accommodation and food services, as well as retail trade. The labour underutilization rate, which captures the full range of people who are available and want to work, rose 2.3 percentage points to 17.0 per cent in April. The number of Canadians unemployed for 27 weeks or more increased to 486,000.” 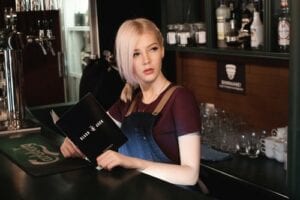 In April, employment fell in several industries directly impacted by public health restrictions, namely retail trade (-84,000); accommodation and food services (-59,000); and information, culture and recreation (-26,000), said the federal agency, adding that accommodation and food services accounted for more than two-thirds (70.9 per cent) of the overall employment gap (-503,000) compared with February 2020.

“Long-term unemployment is a key indicator of mismatches between labour supply and demand, as workers who lose jobs in some occupations may face difficulties finding work in the same or related fields. Compared with February 2020, the number of long-term unemployed was up by 171.3 per cent in April, with most of the increases in occupations most directly affected by COVID-19 public health measures, including chefs and cooks, occupations in food and beverage industries, and retail salespersons,” said StatsCan.

Royce Mendes, an economist with CIBC Economics, said the Canadian labour market was crushed again under the weight of another rise in COVID cases.

“The economy shed 207K jobs in April as the third wave forced a new round of harsh restrictions. That was a more pronounced loss than the consensus had anticipated and took the unemployment rate all the way back up to 8.1 per cent, from 7.5 per cent in March,” he said.

“It was no surprise where the pain was felt most acutely, with high-contact services sectors reversing much of the gains seen during the lull in between the second and third waves of the virus. With tightened restrictions in response to the third wave still in place to begin May, and some parts of the country requiring even harsher measures, more job losses could show up in the next report. The good news is that the curve is bending in some regions of the country and vaccinations are picking up pace, both of which should help the labour market begin to recover in June.” 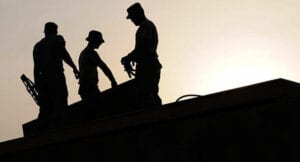 The Canadian labour market took a tumble in April due to a tightening public health measures imposed in the month across much of the country. April’s losses reversed a significant share of the robust job gains seen in February and March, said Sri Thanabalasingam, Senior Economist with TD Economics .

“As expected, the retail industry bore the brunt of the decline, accounting for 40 per cent of the total loss in employment last month,” said Thanabalasingam.  “Also notable in today’s release was a decline in total hours worked, indicating a possible reversal in the overall economic recovery in April. Indeed, out of 16 industries, only public administration, finance, insurance and real estate, and professional, scientific, and technical services posted meaningful gains last month.

“With restrictions remaining in place across the country, Canada’s labour market recovery will probably not fully course correct in May. The snapback could occur in June however, as the vaccination rollout ramps up, and caseloads gradually decline in large parts of the country. Better days are ahead for the Canadian labour market, but it may take a little longer to get there.”

“However, in contrast to the mild impact on growth from second-wave restrictions, the latest drop may leave more of a mark on the broader economy, with full-time positions also hit this time. On a less downbeat note, the employment-to-population rate remains a full point above January’s level (at 59.6 per cent), and the participation rate is also higher than in the second wave at 64.9 per cent (albeit down a bit from the pre-pandemic trend of 65.5 per cent). Looking ahead, the quick snap-back in February and March from the second wave suggest that this latest drop can also be relatively quickly reversed when (if?) things are able to re-open,” he said.

April’s Labour Force Survey shows the impact that tightening COVID-19 measures are having on employment in Canada, added the Conference Board of Canada.

“The third wave of the pandemic dealt a heavy blow to jobs in Ontario, with schools and stores forced to close. However, with the rollout of vaccines underway, we expect employment to bounce back as we have seen in the past once restrictions are eased. That said, since the survey was conducted, the situation in provinces such as Alberta has deteriorated and this will likely be reflected in next month’s results,” it said.