The Calgary housing market has recovered solidly since last summer despite significant economic uncertainty in Alberta, says a new report by RBC Economics.

The Canadian Housing Health Check said demand-supply conditions are the tightest they’ve been in years though this primarily reflects the situation for single-family homes, where prices are now rising modestly. A high rental vacancy rate and drop in immigration is keeping the condo segment in a fragile state, it added. 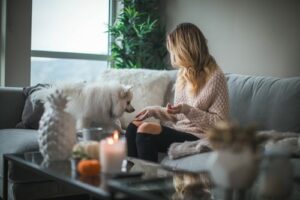 Here are the highlights of the report:

Housing affordability is generally constructive in Calgary. RBC’s affordability measure has been in the ‘safe zone’ since the early 2010s and has further improved over the past couple of years;

Demand-supply conditions have tightened considerably since COVID-19. Prices are rising again. The market tightness has been mostly concentrated in the single-family segment where demand has been particularly brisk lately. Conditions for condos are gradually firming though still remain relatively soft;

For sale inventories have plummeted—no longer an issue. The number of months’ inventory in Alberta dropped to a five-year low of 3.4. Active listings in Calgary were down 22 per cent year over year in January, with detached homes down more than 32 per cent. Condo listings fell more modestly (1.7 per cent);

The pandemic has pulled the rental market further into oversupply. The rental vacancy rate rebounded to 6.6 per cent in October 2020, just shy of the highwater mark (7.0 per cent) in 2016. Rent of smaller rental units is under downward pressure;

Labour market is still weak and progress has been uneven. The outlook is promising, however. We expect Alberta economy’s to be in recovery mode in 2021, which should further reverse jobs lost during the Pandemic;

Drop in immigration raises risks for the housing market but will prove a temporary setback. We expect strong inmigration to resume once Canada’s border will reopen;

There are very few single-detached units under construction. This reflects low housing starts levels in the past five years and poses little risk of overbuilding;

Multi-unit dwelling construction poses mild absorption risk. The number of apartments under construction is still high from a historical point of view but has come down since late 2018. More units have been completed than started in the past year.