The Calgary census metropolitan area saw job gains of 10,400 in September as the unemployment rate dropped to 8.9 per cent from 9.6 per cent in August, according to Statistics Canada.

The federal agency said it was the second consecutive notable increase in jobs for Alberta since March 2021. Gains were mostly in wholesale and retail trade. The unemployment rate was still above the pre-pandemic rate of 7.5 per cent in February 2020.

A commentary by ATB Economics said that after 19 months, the employment level in the province finally rose above the pre-pandemic level set in February 2020.

“This is positive news, but it’s tempered by the fact that employment is only 0.2 per cent (3,700) higher than it was before the pandemic. Full-time employment is yet to catch-up at 0.2 per cent (3,500) below its pre-pandemic level while the number of part-time jobs is 1.7 per cent (7,200) higher,” said ATB’s daily economic update The Owl.

Alberta Minister of Jobs, Economy and Innovation Doug Schweitzer said there is still work to be done, but Statistics Canada had good news for Alberta today, with a third straight month of job growth. 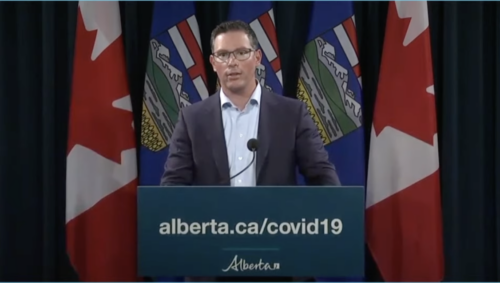 “Alberta added 19,600 new jobs in September, continuing our economic rebound. We’ve now recovered all of the jobs lost since the beginning of the pandemic,” he said.

“In addition, this week we saw one of the largest proposed investments in our province’s history from Dow Chemical. Their announcement of the world’s first net-zero petrochemical plant shows that Alberta is diversifying our economy and is a global leader in emissions reduction.

“We also saw Enbridge’s Line 3 come online, which has led to higher levels of energy exports. Last week was only the third time in recorded history that Alberta exported four million barrels of oil a day to the United States. Alberta’s Recovery Plan will continue to diversify today for jobs tomorrow. This year we have seen our film sector double in investment, our tech sector continues to grow rapidly and new momentum in our oil and gas industry. Alberta has a bright economic future.”

In Canada, it was the fourth consecutive monthly increase for employment.

“Employment gains in September were concentrated in full-time work, and among people in the core working age group of 25 to 54. Increases were spread across multiple industries and provinces,” said StatsCan.

“The gains in September brought employment back to the same level as in February 2020, just before the onset of the pandemic. However, the employment rate—that is, the proportion of the population aged 15 and older that was employed—was 60.9 per cent in September, 0.9 percentage points lower than in February 2020, due to population growth of 1.4 per cent over the past 19 months. 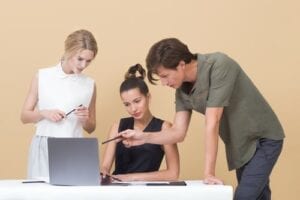 “The number of employed people working less than half their usual hours was little changed in September and remained 218,000 higher (+26.8 per cent) than in February 2020. Total hours worked were up 1.1 per cent in September, but were 1.5 per cent below their pre-pandemic level.”

“Interestingly, despite the healthy gain in employment last month, unemployment only fell by 20k, and long-term unemployed workers — those who have been without work for 27 weeks or longer — was little changed. This could be reflecting the difficulties faced by long-term unemployed Canadians in finding new jobs, perhaps due to a deterioration of skillsets,” he said.

“That said, ongoing income support programs, such as the Canada Recovery Benefit, may also be a contributing factor. This program, among others, is expiring at the end of the month, which could lead to more people rejoining the workforce in October, that is, unless it is extended.”

Nathan Janzen, Senior Economist with RBC Economics, said just because employment has now returned to pre-pandemic levels does not mean that labour markets have recovered.

“The unemployment rate is still more than a percentage point above February 2020 levels. Employment in higher-contact service sectors is still running more than 200k below pre-shock levels, even as government support programs begin to unwind. But labour market improvement in the summer has looked notably stronger than early GDP data. Hours worked increased an annualized 6.8 per cent in Q3 as a whole (including a 1.1 per cent September gain), well above our own tracking for a 4.5 per cent GDP rise in the quarter,” he said.

“That should leave the Bank of Canada still confident that the economy’s recovery is progressing, and raises the odds that the central bank will ease a bit off the monetary policy accelerator later this month with another taper of the pace of asset purchases.  We continue to look for outright interest rate hikes to kick off in the second half of next year.”