Primary energy production in Canada rose 11.1 per cent year over year in July, up from a 7.0 per cent gain in June and the fifth consecutive monthly increase, reported Statistics Canada on Friday.

“Following a 13.4 per cent increase in June, total energy exports rose 9.4 per cent year over year in July. Crude oil (+7.8 per cent) and natural gas (+9.5 per cent) represented the majority of energy products exported in July. Meanwhile, total energy imports rose 6.6 per cent, driven by higher demand for crude oil and refined petroleum products. Despite the year-over-year increase, overall energy production and trade in July continued to remain below pre-pandemic levels,” said StatsCan. 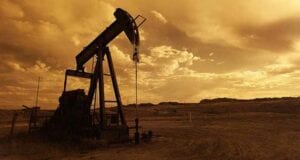 “Production of crude oil and equivalent products continued to increase in July, up 15.2 per cent year over year to 23.7 million cubic metres, the highest production volume since January 2021. The ongoing recovery of global demand and rising prices for crude oil and petroleum products were among the primary contributing factors.

The report said oil extraction rose 7.3 per cent to 5.9 million cubic metres, driven by heavy crude oil (+17.2 per cent) production, while light and medium crude oil (+3.1 per cent) also increased. Despite the year-over-year gains, overall production of these types of crude oil remained 3.5 per cent below pre-pandemic levels of July 2019.