Alberta is expected to lead the country this year with economic growth of 5.9 per cent, according to a report released Monday by RBC Economics.

The Provincial Outlook said the province’s energy sector is benefiting from stronger global oil markets and prices, and capital spending is expected to grow by five per cent  this year.

“Our own measure of cardholder spending is up four per cent year-to-date, with the province exhibiting notable strength in accommodation and food services in recent months. In this province, housing starts have exhibited the strongest growth in the country, rising 14 per cent in the second-quarter (relative to Q1). Alberta is still on track to fully recover in 2022,” said the report.

RBC is forecasting economic growth of 4.9 per cent for Alberta next year. 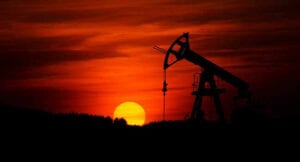 Nationally, the report is forecasting economic growth of 5.1 per cent in Canada this year and 4.3 per cent next year.

“Despite the third wave of the pandemic causing greater-than-expected disruptions this spring, the economic recovery remains on track from coast-to-coast. We expect half of the provinces this year to fully make up the ground lost last year, and three others coming quite close,” said the report.

“Massive vaccination campaigns have been hugely successful—Canadians now boast some of the highest vaccination rates in the world—allowing provincial governments to ease restrictions and let high-touch industries reopen more fully this summer. Alberta, Saskatchewan, New Brunswick, P.E.I., and Newfoundland have in fact lifted all restrictions, though Alberta just announced it will reintroduce some of them, including wearing masks in certain indoor settings. Quebec, British Columbia, Manitoba and Ontario are in the midst of implementing proof of vaccination systems (including passports) that ultimately should make high-touch activities safer and more resilient as the fourth wave takes hold. Nonetheless, the delta variant poses a definite risk to provincial economies, though we believe vaccination should minimize the impact relative to previous waves.

“With restrictions easing, we expect Canadians from across the country to spend more after adding massively to their savings since the start of the pandemic—reflecting both fewer available spending avenues and historic income transfers from governments. Sales at retail stores (including online) have jumped way up above 2019 levels, with PEI and BC—which eased restrictions earlier on—posting the strongest growth. We’ll see Canadians increasingly broaden their spending toward services in the next phase of the recovery.