The number of people receiving regular Employment Insurance benefits fell  in Alberta and the Calgary census metropolitan area in December while it rose across the country, according to a report released Thursday by Statistics Canada.

“Results from the Labour Force Survey (LFS) indicate there were 1.8 million unemployed people in December, including 1.5 million who were looking for work and 300,000 who had a connection to a job, because they either were on temporary layoff or had arrangements to begin a new job in the near future,” said the federal agency. 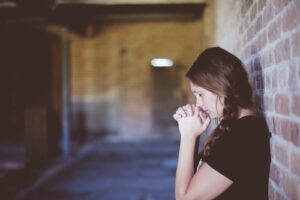 “The proportion of regular EI beneficiaries qualifying for EI as a result of temporary changes to program eligibility rules introduced in late September increased in all provinces for the second consecutive month, led by Newfoundland and Labrador (+2.6 percentage points) and Nova Scotia (+1.6 percentage points) (not seasonally adjusted). For the third consecutive month, Quebec (16.2 per cent) and New Brunswick (14.9 per cent) had the highest proportions of regular EI beneficiaries qualifying for EI under the new rules, while Alberta (9.5 per cent) had the lowest.”

StatsCan said December LFS results indicate that the industries where employment remained farthest from levels observed in February 2020, before the COVID-19 pandemic, included accommodation and food services (-25.3 per cent); information, culture and recreation (-12.6 per cent); and “other services,” including personal care and laundry services (-8.4 per cent).