Calgary currently has the highest office vacancy rate in Canada

Commercial rents in the third quarter of this year were down in six provinces year over year, with the largest drop in Alberta (-7.1%), according to a report released Thursday by Statistics Canada.

The federal agency said Ontario (+0.5%), British Columbia and New Brunswick (both up 0.3%) saw some upward movement in rents compared with the same quarter a year earlier.

“Among the four largest CMAs, commercial rents for all three sectors combined rose in Toronto (+0.5%) and Vancouver (+0.1%), but declined in Calgary (-4.4%) and Montréal (-0.6%),” explained StatsCan of the office, industrial and retail markets.

“As e-commerce continued to take on a larger market share, retail building rents decreased year over year across all four CMAs as a result of lower sales within those buildings. As retail rents are comprised of base rents and percentage rents pegged to retail sales, a downward shift in the volume of sales results in lower rent for retail buildings.

“A similar trend was observed for industrial buildings and warehouses, with year over year rents edging up in Montréal and Toronto (both up 0.6%), as well as in Vancouver (+0.3%), but decreasing in Calgary (-3.6%).”

With further easing of physical distancing measures, the gradual reopening of the economy and employment continuing to recover, commercial rents rose by 0.7% in the third quarter across Canada, following a record 1.8% drop in the second quarter, explained the federal agency.

Nationally, commercial rents rose 0.7% from the second quarter to the third quarter, with all three building types surveyed contributing to the increase. Rents for office buildings (+1.0%) rose at the fastest pace, followed by industrial buildings and warehouses (+0.6%) and retail buildings (+0.5%), it said. 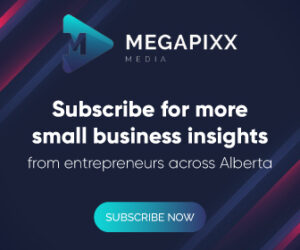